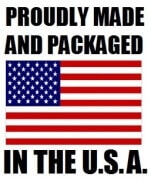 Stainless Steel - 8 Inch - Made in the USA

Tired of Having a Raw, Hard Center in Your Baked Potato?

We all hate when you are ready to eat your baked potato and you bite into a hard, cold area in the middle. You spent all that time preparing your delicious meal and now you can't even enjoy it. With the Spud-Stud™ you will never experience disappointment like that again.

How the Spud-Stud™ Baking Nails Work

Food cooks from the outside since it takes time for the heat to make its way to the center. The Spud-Stud™ is precision engineered to quickly and efficiently transfer heat to the center of the food. This enhanced heat transfer will greatly reduce the required cooking time and save energy.

For maximum results you need to have as much metal as possible outside of the food that you are preparing to gather the maximum heat. Similar products don't have the 8 inch length of the Spud-Stud™ so they aren't able to provide maximum benefit. I don't think that anybody will argue that 8 inches is always better than 6 inches!

Many similar and older products are made out of aluminum. Many experts have great concerns about cooking with aluminum and the detrimental effects it can have on your health. We feel that it's better to be safe than sorry and not cook with a piece of aluminum inside your food.

The Spud-Stud™ is made in the USA from 100% Food Grade Stainless Steel.

It's All About Heat Transfer

When a food is cooked, the heat must enter from the outside and slowly make its way inside towards the center in order to cook the entire food. When you are cooking something with a lot of water in it such as a potato, this process takes a long time

The Spud-Stud™ decreases cooking time by conducting the heat from the oven (or grill) directly into the center of the food. This action allows the food to cook from the center and the outside at the same time which will cook the food faster.

More metal outside of the food being cooked allows more surface area to be in contact with the hot air of the oven or grill. This increased surface area is necessary in order to generate the maximum heat transfer to the inside of the food. That is why an 8 inch long baking nail like the Spud-Stud™ will always work better than a 6 inch nail.

Since smaller foods will have a lot more of the Spud-Stud™ protruding, you will see even faster cooking times. When cooking smaller potatoes, keep a close eye on them because they will be done sooner than you expect.

Smaller Nail Doesn't Have Enough Surface Area Outside the Food

WARNING: POINT IS VERY SHARP AND CAN CAUSE INJURY IF PRODUCT IS USED IMPROPERLY. USE ONLY AS DIRECTED. NOT FOR USE IN MICROWAVE OVENS. WASH BEFORE FIRST USE. DO NOT USE A BENT OR DAMAGED SPUD-STUD™. 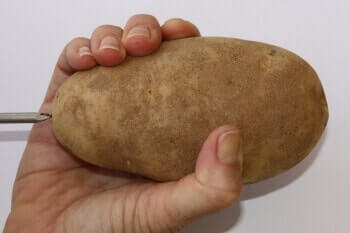 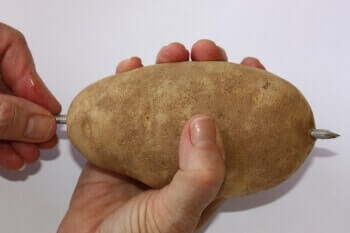 Hold your washed potato (or bratwurst, hot dog, etc.) around the sides as shown in Figure 1.

Using care to ensure that your hand is not at the top of the potato, use your other hand to insert the Spud-Stud™ into the center of the potato as shown in Figure 1.

Pierce the potato with the Spud-Stud™. Allow the point to exit the top of the potato. Stop pushing when the same amount of the Spud-Stud is protruding from each end as shown in Figure 2.

Season your potato and cook. Your potato will be ready in approximately half the time it takes to cook without a Spud-Stud™.

The Spud-Stud™ will be very hot. Do not touch with bare hands after cooking. Use an oven mitt to remove the Spud-Stud™ from the food.

The Spud-Stud™ can also be used to decrease the cooking time of other foods such as hot dogs, bratwurst and even chicken. Ensure that all foods are cooked to a safe internal temperature.

Tip for Large Potatoes and Other Large Foods

Other Uses for the Spud-Stud™

Send Us Your Ideas

Please send us an email at info@spudstud.com and let us know what you have cooked with the Spud-Stud™.

Decrease Cooking Time on Other Foods

The same concept that cooks potatoes faster when you insert a Spud-Stud™ also works for other foods. You can decrease the time it takes to cook things like bratwurst, sausages, hot dogs or even chicken. Be sure to check that you have cooked your food to the proper temperature before consuming.

There are two reasons to insert multiple Spud-Stud™ nails into a food item. If the item is very large, you need to make sure you have at least an inch of the Spud-Stud™ protruding from each side for maximum heat transfer. Sometimes a food is so large that even our 8 inch nails are too short.

The second reason to use multiple Spud-Stud™ nails is when cooking relatively thin, wide foods like a chicken breast. In that case, having only one Spud-Stud™ in the center will not help to get heat distributed evenly throughout the food. 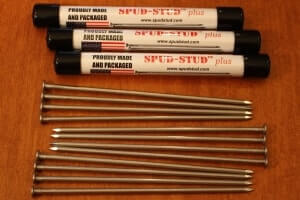